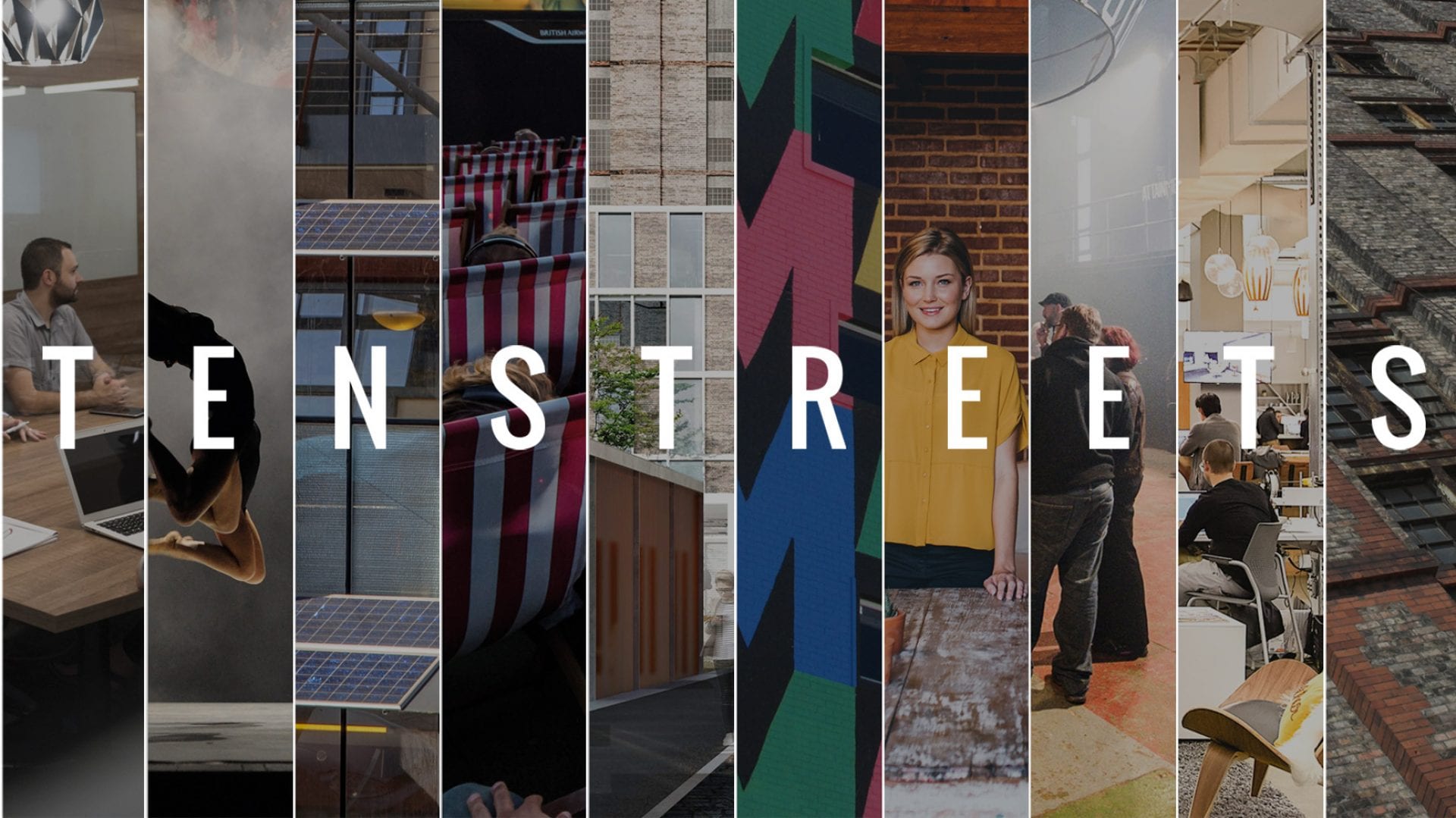 Liverpool City Council’s cabinet has approved the draft Spatial Regeneration Framework (SRF) and the public consultation will launch at 10am, on Tuesday, 10 October at the Titanic Hotel in Stanley Dock, Regent Rd, Liverpool, L3 0AN. The public will be able to view the draft SRF, an explanatory leaflet and display boards. They will then be able to make comment using available feedback forms or via email from the 10th October. The draft SRF is available to download below.

Our vision is based on Ten Big Ideas – a set of guiding principles and initial ideas that will define a place with a distinctive personality and purpose. We’re not starting with a blank slate. Our vision is about nurturing the assets and opportunities that are unique to this part of the city - stunning maritime architecture, a diverse commercial and industrial heritage and a pivotal location

1. An Engine for Growth

We are facilitating the creation of a new cultural enterprise industry hub with the potential to create up to 2,500 jobs and to generate additional business rate income for the city.Ten Streets will be as important to Liverpool’s future economy as our Commercial District and our Knowledge Quarter. Modern cities need diverse economies with quarters and spaces providing for the specialist needs and values of a multiplicity of sectors and businesses. We will deliver an environment and workspace for artistic, creative and cultural enterprises. Space, ambience, infrastructure and scale make Ten Streets the ideal location for this vital missing component in Liverpool’s offer and its appeal to other similar end-users.

We’ll add a new dimension to the Ten Streets offer with a stunning new theatre and music venue. The cutting-edge revolving stage will provide audiences with a genuinely immersive experience and an international quality performance programme. The North Shore area has already become an established events destination thanks to the trailblazing work of Kazimier, Make Liverpool and Sound City. Our approach to urban design and the commercial vision for Ten Streets aims to build on this potential – creating more stages and spaces for cultural expression and performance. But we are also anchoring this important element of the Ten Streets vision with a stunning new performance venue that will be a massive addition to Liverpool’s already outstanding entertainment offer. It will provide audiences with a genuinely immersive performance experience and an international quality theatre and musical programme.

Ten Streets will be an exemplar neighbourhood for renewable energy and environmentally sustainable design and construction. We will combine sensitive conservation with bold new architecture and urban design. We will respect the scale and urban grain of the Ten Streets but recognise that this is also a place for experimentation and innovation. Ten Streets will be a neighbourhood with its own ambience and energy. We’re embracing cutting-edge style and radical architectural invention, and we will be setting new standards for environmental sustainability, smart energy and digital connectivity

We’re creating a new pedestrian and cycle- friendly avenue at the heart of a vibrant and open neighbourhood. Ten Streets history and economic function created a dense urban grain with tightly compacted streets and warehouses. Whilst respecting the area’s essential fabric, we also understand the value of gaps – new spaces, pocket parks and urban squares that will be vital to a new sense of place. A series of new public spaces will be created as informal areas for recreation and relaxation, as well as creative stages for outdoor events and performances. We also see public space as being part of Ten Streets’ creative alchemy – places to breathe, unwind and imagine, places for ideas to germinate and coalesce and where chance encounters spark new creative collaborations.

Major investment on Great Howard St (A565), Regent Rd and investment in new rail connections will be the key to connecting Ten Streets to the wider city and city centre. This is not a place apart, but a new integrated part of an expanding city centre and waterfront. Ten Streets is a gateway north towards both Liverpool Waters and other exciting developments earmarked for the North Shore area. The widening of the A565 and investment in the Merseyrail system will bring the area even closer to the centre, and we will focus on further investment in public realm and cycle infrastructure to make Ten Streets an open, permeable neighbourhood accessible to all transport modes.

We’ll identify sites and buildings as plans emerge that will be specifically allocated for start-up businesses, artists, independent creatives and makers. Cities are changing with new patterns of commerce and creativity taking root in unexpected places and former industrial districts. Ten Streets is already being colonized by some of Liverpool’s most inventive commercial and creative practitioners. We want to encourage and nurture new forms of business and those with ideas that can add to the originality and vibrancy of Ten Streets. If Titanic Hotel started the physical renaissance of Ten Streets then Kazimier’s Invisible Wind Factory has been the catalyst for its creative renaissance. It’s vital that Ten Streets remains fertile, accommodating and permissive – making space for every kind and scale of creative innovator.

We’ll limit the scale and location of new residential development within Ten Streets to safeguard its commercial and creative identity. We envisage a neighbourhood with a distinctive and original residential ambience. The scale and style of residential development within Ten Streets will be tailored to complement rather than dilute its creative identity. The emphasis will be on originality, small-scale, or design-led development providing bespoke solutions for given buildings and sites.

We’re encouraging the creation of a distinctive, diverse and independent leisure and hospitality offer in Ten Streets to add to its energy and personality. The opening of the Titanic Hotel has been the catalyst for investment and regeneration in Ten Streets. We envisage an expansion of the hospitality sector and visitor economy as one of the underpinning strands for Ten Streets. Successful commercial neighbourhoods no longer close after 5 pm. Interesting, diverse and independent places to eat and drink are vital ingredients to an area’s appeal to those who want to work, live and invest there. Ten Streets’ intense energy and personality will be a magnet also to visitors keen to experience and stay in this definitive Liverpool neighbourhood.

We’re conserving and refurbishing all the area’s Listed and important heritage buildings, starting with Liverpool’s largest Listed structure – the Tobacco Warehouse at Stanley Dock.The Ten Streets area sits within Liverpool’s Mercantile World Heritage Site boundary and contains some of the city’s most important and dramatic maritime warehouses. We want to conserve and nurture what’s extraordinary and unique about this area starting with the stunning Tobacco Warehouse at Stanley Dock, one of Liverpool’s most iconic structures. Heritage, history and character are our most precious assets and will be the foundations for the area’s new identity.

We’ll work closely with local businesses, new occupiers, investors and co-creators to shape and deliver the Ten Streets Vision. Ten Streets is a different kind of regeneration project. We are not imposing an identity or blueprint, but are working collaboratively with partners to support and nurture an identity that is already emerging and fulfills the potential of the area’s extraordinary assets. This involves working closely with the existing business community to safeguard their future – if necessary through relocation to better suited and located premises. It means working with the area’s emerging creative community to make an area that is inclusive and distinctive. It means inviting new players and co-creators to become part of the area’s future and help us shape the next stage of this process.

Ten Streets is the new frontier. We’re pushing boundaries, extending possibilities, revitalising and making new spaces for pioneers, innovators and entrepreneurs. A vibrant place for those who reimagine and renew cities, and who will help us to shape, populate and animate Liverpool’s most fertile and interesting urban neighbourhood.

Harcourt Developments is a Dublin-based property development, management and investment company, which has a broad portfolio of successful international projects, including the 230-acre Park West business park in Dublin, Carlisle Bay Resort in Antigua, Liberty Wharf waterfront regeneration in Jersey, Bellingham waterfront near Seattle, The Titanic Hotel at Stanley Dock, Liverpool, and the 185-acre Titanic Quarter in Belfast, one of Europe’s largest urban-waterfront regeneration projects. 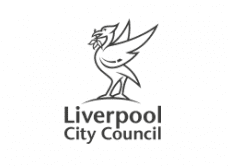 Liverpool City Council is spearheading an ambitious regeneration strategy for the city which is creating 40,000 jobs and delivering £11 billion of investment over the next ten years. Key projects include the expansion of the city’s Knowledge Quarter, the creation of Grade A office space at Pall Mall and employment space at Stonebridge Cross. One of the Council’s key priorities is to deliver transformational change in North Liverpool including the regeneration of Anfield, the creation of a new high street which is now under way, and the £150million Project Jennifer scheme, which is now on site.

AWP Architects is a Paris and London-based architecture and urban design practice with a growing international reputation for innovation and placemaking. The award-winning team has undertaken masterplanning and design projects for high-profile urban regeneration projects, including the Paris Central Business District, as well as major commissions in Berlin, Geneva, and Bordeaux. AWP’s philosophy is, instead of wasting urban land, or denuding it of its resources, to focus on drawing out its potential through soft planning that recognises climate, ecology and seasonal cycles.

We want your ideas, your help and your creative energy...

A major public consultation on the proposed dramatic transformation of 125 acres of former docklands begins on Tuesday 10th October. The six-week long event will be inviting feedback on the draft masterplan which includes establishing a creativity district in the Ten Streets area of north Liverpool, which could generate up to 2,500 new jobs.

Titanic Hotel, Stanley Dock, Regent Rd, Liverpool, L3 0AN
on Tuesday, 10 October from 10am to 2pm

Fill in a feedback form

Or scan and send via email to:
tenstreets@liverpool.gov.uk

Get involved on social media